That's Not Tango - Astor Piazzolla, a Life in Music 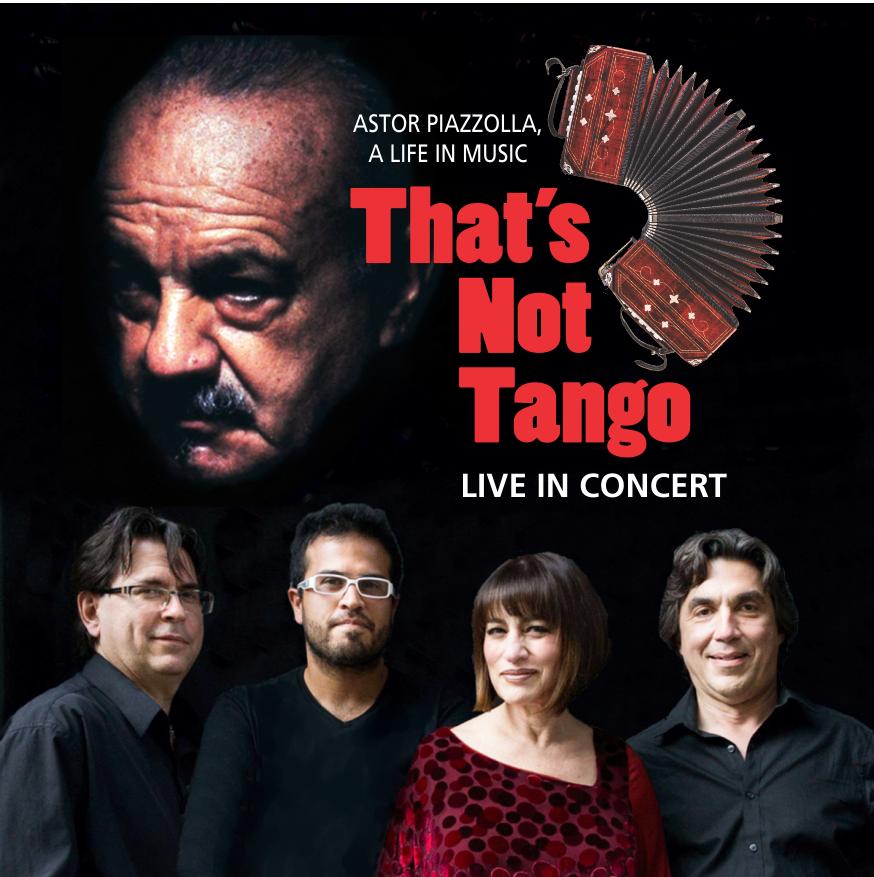 Astor Piazzolla –the man who revolutionized 20th century music with his Nuevo Tango  – was as complex and unforgettable as his melodies.

Piazzolla’s personal story is the stuff of novels: a mix of brutality, innocence, defiance, triumph and loss. His childhood did not destine him to become an artist. He hung out with hoodlums and was kicked out of school for fighting. He knew firsthand the violence and cruelty of life growing up on the mean streets of New York’s Lower East Side in the 1920's and 30s.

But surprising musical encounters sparked a fever in him. Bach played on a piano filtering from another apartment in his tenement. Klezmer emanating from the synagogue next door. Jazz pouring out of the clubs in Harlem. And, from the scratchy records his father played... tango. He inhaled it all.

In the end, this wild child grew up to be the most interpreted composer in the world. En route, he encountered an array of musical greats, each of whom pushed him to the next level, culminating with the legendary Nadia Boulanger who urged him on to his true calling: the radical reinvention of tango.

Today, his music is performed across the globe by the finest classical, jazz and tango performers in the world. But who was Astor Piazzolla?

Art may offer the promise of immortality, but what of our mortal obligations?

In That’s Not Tango, we meet Piazzolla after his death, in a place resembling purgatory. Alone, unable to play his beloved bandoneon or write his music, he is forced to wrestle with his memories.

He knew he was destined to make music even if it meant sacrificing the hearts of the people who loved him. Was it enough to give to the world what he could – his music? Or is there always a price to pay?

Irreverent, funny, searingly honest, Piazzolla's dramatic story illuminated by his extraordinary music is brought to life in That’s Not Tango – Astor Piazzolla, A Life in Music.

Want to know more? Visit us at www.ThatsNotTango.com.